The McGill Summer Institute features internationally known faculty, a focus on highly applicable new knowledge, and an opportunity to network with fellow global health professionals from around the world.

Source: Times of India via Academica

McGill University has partnered with India’s Manipal University to launch the new Manipal McGill Center for Infectious Diseases. A recently signed MoU commits both schools to supporting collaboration on research and training initiatives relating to the study and treatment of infectious and tropical diseases. The Times of India reports that both schools have major strengths in the study of these diseases and that the new MoU builds on research collaborations already being undertaken by the schools. Manipal Vice-Chancellor Vinod Bhat declared in his inaugural address that the Centre will work to inform the scientific community, guide policy makers, and provide public health education.

Registrars are looking to enhance the ways that student transcripts and other data can be transmitted within the country and abroad, reports Becky Rynor for University Affairs. In May 2015, the Association of Registrars of Universities and Colleges of Canada signed on the country’s behalf to join the Groningen Declaration Network on Digital Student Data Portability, an initiative designed to create digital networks between academic institutions to improve the exchange of transcripts, diplomas, and applications. “It’s about making it easier for Canadians to transmit their credentials within Canada and abroad and to have them fairly recognized in a timely fashion,” said McGill University Executive Director of Enrolment Services Kathleen Massey. “We don’t want Canada to be left behind.” 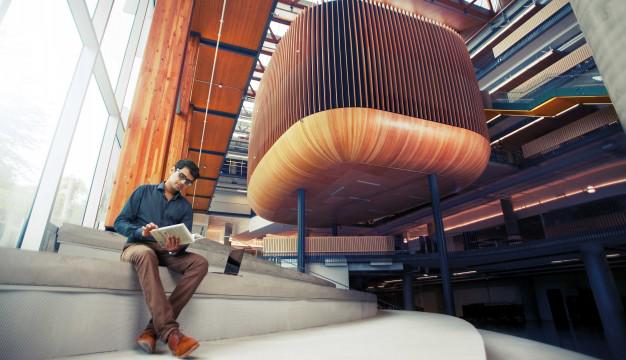 The Canadian Council for the Advancement of Education (CCAE) has announced the winners of its annual Prix d’Excellence, which recognizes Canada’s postsecondary institutions for excellence across 24 categories, including marketing, development, and student recruitment.  This year, uAlberta led the group with seven awards, followed by uCalgary and MUN with five awards each. uToronto, uSask, UBC, and Trent each received four nods, with uWaterloo, UoGuelph, Sheridan, Queen’s, McMaster, and McGill each garnering three. 15 other PSE institutions across Canada received one or two awards.

The Canada Foundation for Innovation on Friday announced that 87 projects will benefit from a total of $333 M in funding for research infrastructure. These projects include a collaborative effort by scholars at Carleton University [CIEC Academic Member], McGill University, Simon Fraser University [CIEC Academic Member], and the University of Victoria to develop new components for the ATLAS detector at the European Laboratory for Particle Physics (CERN) in Switzerland, which enabled the discovery of the Higgs boson; studies at Toronto General Hospital into healing human organs outside of the body for transplants; and research at Ryerson University into the social and cultural impact of the “Internet of Things.”

Times Higher Education has released its annual World Reputation Rankings. The University of Toronto was the top Canadian university ranked, moving up from 20th to 16th spot. McGill University and UBC also appear in the top 100, but dropped slightly compared to last year’s positioning. McGill is ranked 35th in this year’s rankings and UBC 37th; the institutions tied for 33rd last year. The rankings are based on responses to THE‘s Academic Reputation Survey, which was completed by roughly 10,000 scholars from around the world. “U of T scholars and students are doing brilliant work, every day in every discipline. As a result, when it comes time for their peers to rank the world’s top universities, the University of Toronto is placed very high on the list,” said uToronto President Meric Gertler. Harvard University took top spot on the list, followed by the University of Cambridge and the University of Oxford.

Leiden University’s Centre for Science and Technology Studies has released its latest annual rankings. The Leiden rankings measure the scientific performance of 750 universities worldwide, including each institution’s scientific impact and involvement in scientific collaboration. This year, 28 Canadian universities appear on the list. Only the University of Toronto cracked the top 100, appearing in 87th place. The University of British Columbia (109) and McGill University (119) also made strong showings, while the University of Victoria was Canada’s top-ranked university without a medical school, at 183rd. The University of Ottawa (185) rounds out Canada’s top 5. New York’s Rockefeller University ranked first overall. The rankings are based on a bibliometric methodology that considers citation impact and scientific collaboration, corrected for scientific fields. Rockefeller’s first-place finish reflects that it had the highest percentage of frequently cited publications.

TCS Insights: Canadian academic institutions currently find themselves ranked among the top tier in the world, in terms of scientific collaboration and impact. Both international and domestic students interested in a career in science would do well to consider pursuing higher education at any of these places of study.